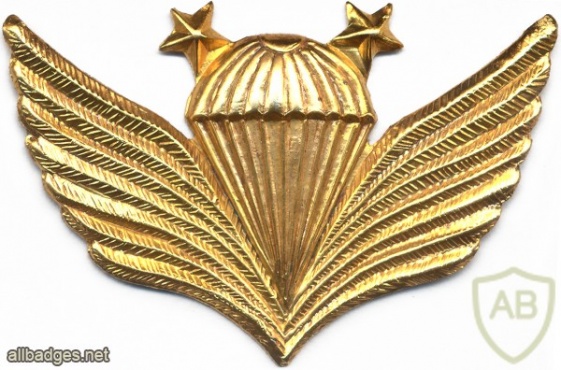 Afghan Army 2nd series qualification insignia. Light metal construction. The Para-Commandos began under King Zaher Khan in the later 1960’s and received initial training from USSF instructors. With the coup against Khan in 1973, the Para-Commando brigades were decimated. But with arrival of Soviet instructors in 1979 they began to and following the Soviet intervention the commando force rapidly expanded to form the 444th and 666th Brigades in Kabul. The 37th Brigade and then the 38th Brigade, based in Parwan, followed these units. Although the 26th Independent Airborne Battalion mutinied against the Soviets and were crushed, by the 1980s, the Para-Commandos were considered the only reliable force in the Afghan army and fought alongside the Soviets. During the Afghan war, the Commandos made several operational jumps but were finally destroyed following the Soviet withdrawal in 1988. The current Afghanistan military does not have any airborne unit.

Found 2 Members with collections where you can find the Badge:

Found 1 Members who have the badge in their wishlist: