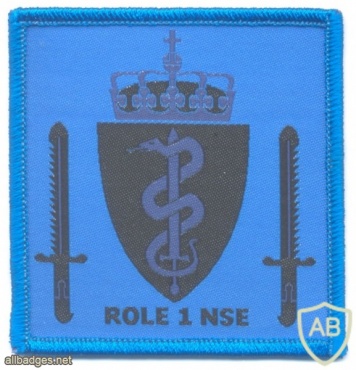 National Support Elements (NSE) were part of the IFOR, and later the SFOR, NATO led forces, which were deployed primarily in former Yugoslavia from 1996 to 2004 (when replaced by EUFOR). Each of the contributing countries deployed their own logistic support units. The Nordic countries and Poland deployed their NSE's. The NSE has become a commonly used unit name, thus a similar unit has also been deployed in Macedonia as part of the Kosovo Force (KFOR) mission and in Afghanistan as part of ISAF.

In NATO terminology military Medical Treatment Facilities (MTFs) are designated a Role number to describe their functional capability to deliver a specific level of care. ROLE 1 includes the provision of primary care, emergency treatment (resuscitation and stabilization) and preparation for transfer usually under the guidance of a medical officer. This capability is normally integral to a major land-based unit and also reflects the provision of medical support inherent to an afloat platform.