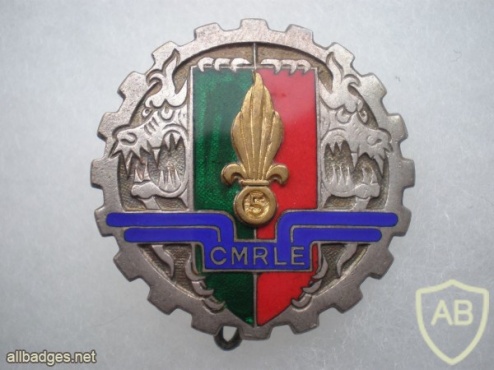 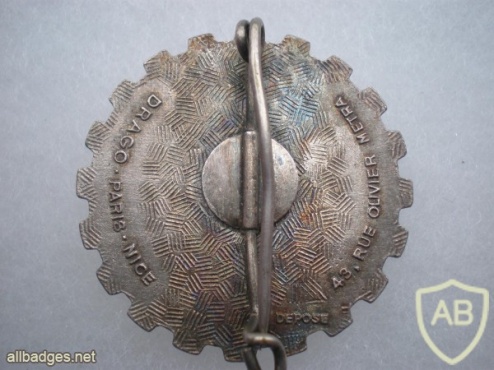 5e Compagnie de Moyenne Reparation de la Legion Etrangere (5 CMRLE) badge.. Created on the 1st July 1951, The 5 CMRLE were attached to the 3rd Tonkin march division based in Hanoi. In December 1953 a section of the company was sent to Dien Bien Phu. In September 1954 the company leaves Tonkin and sets up its new HQ (PC) in Tourane (Da Nang) in central Annam. In August 1955 the company again relocates, this time to Saigon where it was dissolved on the 30th September 1955.. The badge was created in 1951 and is made by Drago Paris Nice 43 rue Olivier Metra Depose, Drago Paris Nice 3 Rue de Romainville, Drago Paris with Irregular pattern, locally made examples and officers examples made in Silver.
Thanks to Andi Mitchell for the information