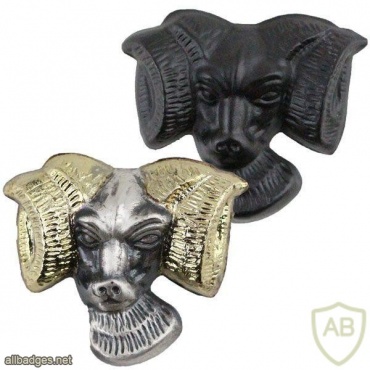 The Ram's Head Device is a military special skill badge of the U.S. Army National Guard. The Ram's Head Device is awarded to any soldier after completion of the U.S. Army Mountain Warfare School (AMWS), based at the Ethan Allen Firing Range in Jericho, Vermont. The badge is authorized for wear on the uniform of Vermont National Guard soldiers and possibly many other guard units as per the direction of their state adjutant general. However, this badge is widely worn by other graduates of the Army Mountain Warfare School despite being unauthorized for wear.