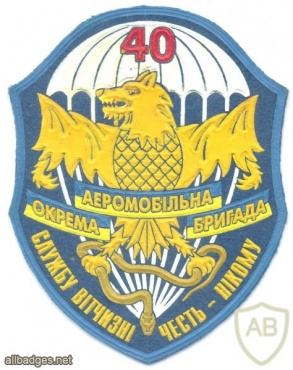 The Brigade's history began as 40th Air Assault Brigade in the fall of 1979. Later it was reorganized into the 40th Airborne Brigade between 6 December 1989 and 1 August 1990. With the fall of the Soviet Union the Brigade was transfered to the Ukrine and in September 1993 it was renamed 40th Independent Airmobile Brigade. In late 1990s the 40th Brigade was reorganized and reduced into the 79th Airmobile Regiment. On July 1, 2007 the 79th Air Assault Brigade was formed by combining the 79th Airmobile Regiment with 11th Army Aviation Regiment.