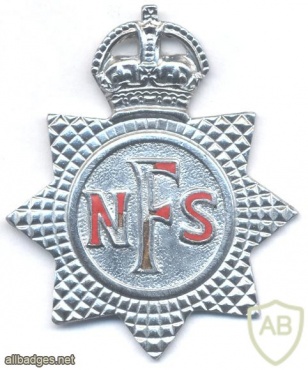 Slider on the revere.

The National Fire Service (NFS) was the single fire service created in 1941 during the Second World War in Great Britain by the amalgamation of the wartime national Auxiliary Fire Service (AFS) and the local authority fire brigades (about 1,600 of them). It existed until 1948, when it was again split by the Fire Services Act 1947, with fire services reverting to local authority control, although this time there were far fewer brigades, with only one per county and county borough.