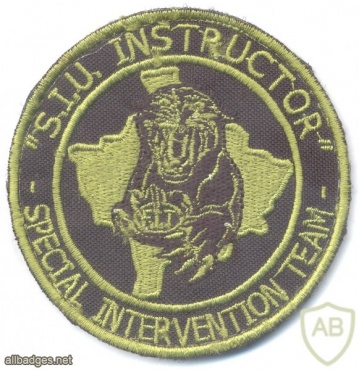 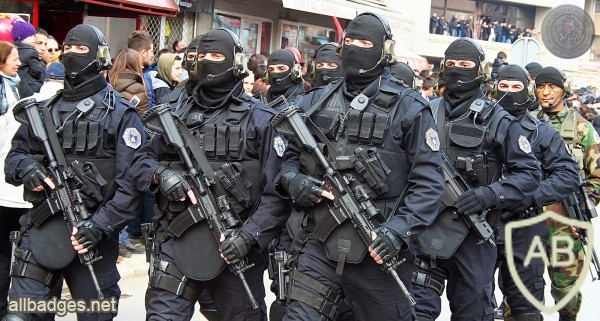 This KPS special police unit was created in 2003. The start was a standard SWAT unit (two teams of 15 officers each) trained by two American contractors. In March 2005 the "Special Intervention Group ā GSI / SIG" project ("Grupi Special i Intervenimit GSI" in Albanian) was launched on a low-profile bases as the Elite "CT" & "HR" force of Kosovo Police.

It was formed, established, equipped, coached and trained by a team of UNMIK professional specialised instructors who worked within that field in their native countries (1) "French GIPN", (1) "Egyptian HRF", (1) "German SEK" and (1) "Bulgarian SP OPS" trainers, in addition to (1) "US CPU" trainer, (1) "Danish PT" coach, and (1) German GSG-9 operator. That experienced team was led firstly by the French "GIPN", then the Egyptian "HRF" Trainer who became the 1st Commander of the GSI. By mid of 2006, due to certain difficulties, the project was converted to a standard "SWAT" police unit level.

In September 2006 a brand-new project, ordered by head of UNMIK, was prepared, developed and implemented mostly by French Gendarmerie UNMIK contingent members, following their usual rules of action. One Senior Officer and 4 specialised NCO's from PI (Intervention Platoon), 1 US SWAT instructor as specialised shooting trainor and one Turkish Police officer, intended the program of all different specific and very specialised training periods. By the end of January 2007, the first group was ready and fully trained. The second group was ready in April 2007. These two first groups constituted the new "First Intervention Team" or FIT (which name had been chosen by the KPS Police Officers themselves).

In the late 2007 the Unit started its upgrading to face new challenges and ever changing threats. It took the name of SIU, stands for Specialized Intervention Unit..