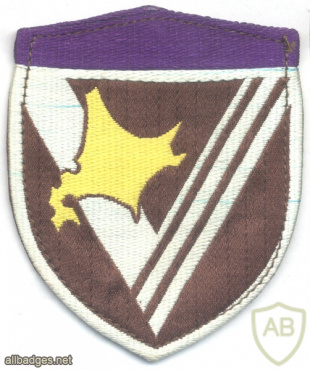 The 7th Division is one of nine active divisions of the Japan Ground Self-Defense Force. The division is the only armored division of the Japan Ground Self-Defense Force. It is subordinated to the Northern Army and is headquartered in Chitose, Hokkaidō. Its responsibility is the defense of North Hokkaidō against potential conflicts, mostly from Russia.

The division was raised on 15 August 1962 as the 7th Mechanized Division. In 1981 it was merged with the 1st Armor Brigade to become the 7th Armored Division. As of 1987 it consisted of a headquarters, headquarters company, 7 regiments (3 armor, 1 motorized infantry, 1 artillery, 1 air defense artillery and 1 logistical support regiment), and 3 battalions (namely Reconnaissance, Combat Engineer, and Signals).