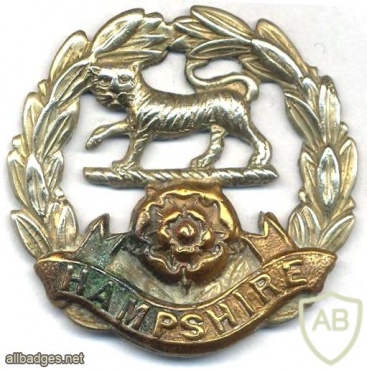 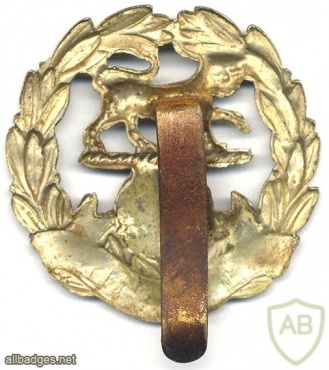 Bi-metal. Slider to the reverse.

The Hampshire Regiment was formed on 1st July 1881 when The 37th (North Hampshire) Regiment of Foot and The 67th (South Hampshire) Regiment of Foot were merged as part of the Childers reforms. The newly formed Regiment engaged in various foreign campaigns including; Secunderabad (1886-1888), Burma (1888–1891), South African War (1899–1902), and two World Wars. In 1946 The Regiment was awarded the distinguished title of ‘Royal’. In 1992 The Regiment was merged with The Queen's Regiment to form The Princess of Wales's Royal Regiment. This resulted in The Princess of Wales's Royal Regiment having a total of 57 Victoria Crosses making it most decorated Regiment in the British Army.